Fiction Rants Reflections Reviews Self Learning Uncategorized
Dave Ramsey crowns the title a foreword that seems rather enthusiastic and emotional for a book that speaks of a legend of the monk and the merchant; romantic, if you will. He makes all of his staff members read within the first few months under his employ; quite the endorsement, eh?
I am no authority on Christian beliefs but dissolving the distinction between a set of codes to follow for business and another to live one’s personal life was long overdue.
It looks like they’ve got the pews in order in the boardroom!
Ramsey claims that the monk is holy and so is the merchant, violently stripping possession of wealth of its supposed evil nature.

“We should actively take possession of segments of the marketplace for Christ instead of surrendering them to the other side. We don’t claim the church as God’s turf and surrender the marketplace as Satan’s. We’re alive, active, and moving in both, and I believe God puts a call on our lives to redeem the business world for His glory. That’s been the goal of my entire career.”

He sets the stage for the legend for to unfold with his conviction that one’s spiritual beliefs permeate the workplace too. Giving purpose to one’s job and relating to how it impacts others and the satisfaction of a job well done are rewards.

Eighteen year old Julio is led by his grandfather through the story of his youth and the choices he had to make, the role his faith played in all aspects of his life, not only business. Much like Julio’s talent with numbers, Antonio had the aptitude for business.
But he could pick only one between his monastic past and the marketplace that seemed to be his future, the beginning of a long slurry of choices which, it seemed to him, would mark his life on stone: one way or the other.
As they walk through the streets of Rome, ‘the streets filled with wonder and worship. The people working hard and honoring God at the same time.’
The old man recounts over a decade’s worth of lessons he learnt and of things he grew to accept under the tutelage of his father’s old friend Alessio.
The legend is written in crisp chapters that flow back in time, following Antonio through his failures, his joy and his challenges interspersed with meetings with his mentor every three years, the details of which were succinctly summarized in a journal; they serve as the foundation for all success and sweat and blood the entrepreneur bleeds.
As Ramsey highlights in the foreword, one of the key mountains that Antonio surmounts in his youth is learning to decriminalize amassment of wealth on account of profit he earned, much to the uneasiness of priests who insisted that god wished all wealth to be surrendered to the poor.

“No, that’s not what I mean. You see, God has made all of us to serve Him. We are all called to hear from God and honor His Word. We are all called to live our lives in a way that glorifies Him. But God has created a special relationship between people in the marketplace and those who have committed their lives to serve God as their vocation.”

“I think I understand. God gives businessmen the resources to help fulfill the calling of the priests, who have given their own time and resources specifically to serving God and to blessing the businessmen.”

The tricky part with combining the market and ministry is this: you do not know what to believe because the texts and the sermons that your faith rests on are shaky, uneven stilts that invariably give away in light of a wrong interpretation.
What is a wrong interpretation?
Any deduction of spiritual value that will impede your growth as a whole. This is what Antonio repeatedly faces from the first time that he was lost between monastery and marketplace to when unexpected losses ate away at his peace of mind and self esteem.

So it was possible for a camel to get through the eye of the needle,” I returned. “It just meant that for it to happen, the camel had to get down on its knees . . . just like men of wealth. We’ve got to humble ourselves and get down on our knees to make it through life successfully . . . and please God.

I have several friends, men that I grew up with in the monastery. They love God and they love me. But they often tell me that God does not want me to be wealthy. They tell me that God wants me to be poor, like the monks who have made a vow of poverty.

“I see. But maybe God is trying to tell me that He is closing a door in my life. Maybe He is trying to get my attention. Maybe He wants me back at the monastery.”

Insecurity and uncertainty corrode his once steely resolve to make it big as a merchant in Venice and then the world.
While his doubts are seeded of unforgivingly confusing — he volunteers, he luckily has the experience, foresight and fatherly love of Alessio to guide him.

“Yes. We sometimes credit circumstances to God or the enemy, when really it is simple cause and effect.”

The language is simple, the story is engrossing and the author has found a brilliant expression in this device that renders it more effective than the preachy self help category. It is also interesting how it emphasizes the importance of a partnership between the merchants (businessmen) and monks (merchant) for the ‘kingdom of God’.
The book also has scripture references and a comprehensive study guide that allows small groups and even individuals to reflect deeply on the legend and what significance and meaning each of the twelve principles hold.
It quotes popular books and authorities on business and living with an approach to help the Christians understand better how the lessons would apply to their life and its people.
Me? The legend was enough.
20.352641 85.817713

On a cold, cold night when I could no longer succeed in coercing Brain into reading a little Ayn Rand, I glanced over the gay yellow cover silently watching me, dying to know if that night would be the night. Well, was it? 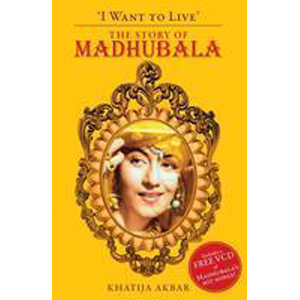 We’ll get to that in a while. My mother has been scouting for a title interesting enough to help her kickstart her reading habits after years. She is my Manorama and Derek O’Brian, like a super-mega-source-code when it comes to old Hindi cinema and Hindi and Sanskrit (through middle school at least, the latter).

She had sailed through the first few pages with the enthusiasm of a six-year-old wolfing down his greens during dinner: sparse, because running a household is serious business. Especially if I happen to be your daughter. (That is also hands down the weirdest sentence I have ever typed. -Ritika, 2019)

So was it the night?

Why, of course. In two hours, I was done with six chapters of the ten, all of 264 pages.

Khatija Akbar begins with the acknowledgments and a gushing preface follows. She wastes no time and tells you how and when she first saw Madhubala, unblemished, the movie shot at a time when no tragedy had brushed past her.

I see how deeply passionate she is about the actor and her work as she recalls watching the morning shows for Madhubala’s hits at a time when her sun had already set and ‘the age of color and Kashmir’ had already begun.

Very little was known about the star in her time, apart from whispers of a dream romance with Yusuf Khan and the public’s refusal to believe anything that suggested that she really had married the whimiscal Kishore Kumar. We’ve heard of the laughter, the serenity, my generation. Of the feminine charm.

Khatija searched for any source that might tell her of Madhubala’s life – there were none. Time was rumbling away in distance and the people who knew her would follow too. The desolation sparked by this thought saw Akbar scout for shards
of Baby Mumtaz’s life with alarming alacrity.
The first chapter assumes the tone of a general knowledge book, monotonously belting out names of actresses and hits in each decade and era with the craft of a bookkeeper. She knows this is supposed to be a biography, right?
If you have the patience to read through it (a little background?) or the smarts to skip it, you begin to marvel at how her detailed research delves into the archives, reaching into older film magazines like Film India, Filmfare and whatever anecdotes she could lay her hands on, counting on her friends and colleagues from ‘back when…’ and a hard-earned interview with Dilip Kumar.
Khatija eventually goes down the road that many of my elders have enjoyed walking on — drawing parallels between Madhubala and Anarkali, all while pegging her Yusuf to be Salim. It sounds almost poetic, as if they were living a movie themselves.
Across decades, the Indian audience is yet to find her equal in charm and art by way of skills. Akbar repeatedly mentions her famed punctuality and professionalism,  most of which was a realization of her father Ataullah Khan’s frantic efforts to keep his Mumtaz and the world’s sensuous powerhouse of talent out of harm’s way and stalkers’ too.

I was born in the 90’s, so I missed this awesomeness by a very long spell of about 40 years. Sadly, the 90’s heralded the mediocrity the Hindi film industry (that prides itself on being called as Bollywood) that is rampant today, save for a few motion pictures that save the film fraternity’s ass.
This which could have been a better piece of work given all the effort taken, is marred by unorganised book chapters and the Akbar’s words are at times either too comprehensive or not. Moreover, since most people who knew Madhubala have passed away, gathering information largely from magazines is sifting through old school gossip, really. We’re talking about a woman who almost never interacted with the media or much of the outside world (thank you, Ataullah Khan) and never attended award ceremonies or film premieres… Your guess is as good as mine. Kidding.
Mine is better: it is part truth, at the very least. I wonder why no one else thought of it sooner; there are portions of her life that even this endeavor falls short of doing justice to.
Also, there are quotations that have not been attributed to any media source.
This book is not a biography. It is an ardent fan recounting and discussing about her favorite star.  Akbar treats Madhubala as sui generis, talking of her in bumps and hops.

Should you be reading it?
A 90’s baby like me or not, read the book. You will meet a woman you have never met. You won’t know everything about her, but you will end up falling for her merely through the device of a book, for passion and her longing. For unrequited love that wasn’t staged to rake in cheap and easy publicity for an upcoming movie. For devotion. For a hole in the heart that couldn’t stop her, not for 36 years. For the longing she never acknowledged: one to be free and to be loved. For the love she harbored for her family despite being forced to work since childhood to earn for all seven of them. For her forgiveness to a father who gave her death. For the air of unknown that still envelops her grave. For that which we will never know.